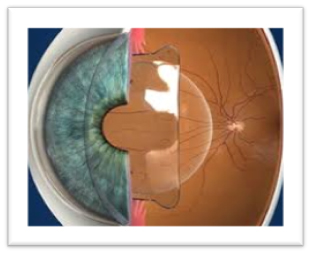 A phakic intraocular lens (IOL) is a special kind of intraocular lens that is implanted surgically into the eye to correct myopia (nearsightedness)and hypermetropia(long sightedness). Practically one can treat the eyes with spectacle power of +10.00 to -30.00 D.

It is called "phakic" (meaning "having a lens") because the eye's natural lens is left untouched. Latest designs of phakic IOLs available, are the most suitable, to the patients.

Phakic IOL (intraocular lenses) are an alternative to LASIK and PRK eye surgery for correcting moderate to severe myopia (nearsightedness), and in some cases produce better and more predictable vision outcomes than laser refractive surgery. Phakic IOLs are clear implantable lenses that are surgically placed just behind the iris, without removing your natural lens.

Phakic lenses enable light to focus properly on the retina for clearer vision without corrective eyewear. Implantable lenses function like contact lenses to correct nearsightedness. The difference is that phakic IOLs work from within your eye instead of sitting on the surface of your eye. Also, phakic IOLs offer a permanent correction of myopia, unless the lens is surgically removed. Unlike contact lenses, you can't feel a phakic intraocular lens in your eye (much like you don't feel a dental filling for a cavity) and, apart from regular eye exams, phakic IOLs typically do not require any maintenance.

Are You A Candidate For Phakic IOLs?

Some questions to help determine whether phakic IOLs are right for you include:

Phakic IOLs vs. LASIK Eye Surgery LASIK currently is the most popular type of refractive surgery . It is safe and effective, and technology advances such as custom LASIK and bladeless LASIK have made visual outcomes even better. But not everyone is a good candidate for LASIK surgery. Potential reasons for not being a good LASIK candidate include: having too much nearsightedness( number above -8.00 ), farsightedness or astigmatism; having an unusually thin or irregularly shaped cornea; and having eye conditions such as keratoconus or dry eye syndrome.

The Phakic IOL in India is a posterior chamber phakic IOL, meaning it is positioned behind the iris and in front of your natural lens. It corrects myopia/nearsightedness ranging from -3.00 to -20.00 D. The ICL/IPCL is made of a soft, biocompatible collagen copolymer. Due to its flexibility, the lens can be folded during implantation, requiring only a small surgical incision. 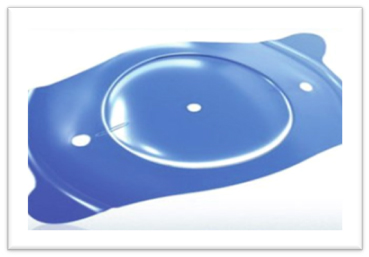 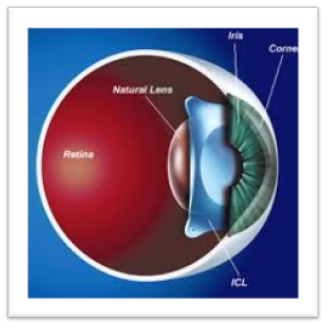 This complication occurs if the prescriptive power of the implanted ICL/IPCL is too strong. In most cases it can be corrected with corrective eyewear or with an ICL/IPCL replacement.

During most surgeries, there is a potential risk of an infection though is it is very less in good surgical set ups.

Pressure may build in the eye after an ICL/IPCL procedure. The sooner a surgeon is alerted to this, the greater the chance of avoiding serious damage. This is detected during your follow up visits with us or in case you face acute blurring of vision or headaches, you must visit the eye clinic. ICL/IPCL may rarely need to be repositioned.

This lens has unique properties of multifocality as well as toricity. It offers minimal dependence on glasses to patients who have pre-existing corneal astigmatism, thus allowing a full range of distance, intermediate, and near vision Your doctor will suggest which IOL is suitable for your eye condition and your visual requirement.

Most of the population will develop cataracts by the age of 65, however, it is believed that the use of phakic iol may cause cataracts at an earlier age, this however is rare.

Phakic lenses are intended to be permanent. Once inplanted it is in eye for life. But if the situation arises it can be removed from the eye.

Phakic IOLs are an effective option for people with moderate to severe nearsightedness and longsightedness,who fall outside the treatment range of LASIK. The range of correction is spectacle number of +10.00 D to -30.00 D. When considering implantable lenses — or any refractive surgery — be sure to discuss all the benefits and risks with your eye surgeon.

Your First Step Towards Health For Life Starts Here :

Our vision is to bring quality healthcare with human touch within the reach of every individual.